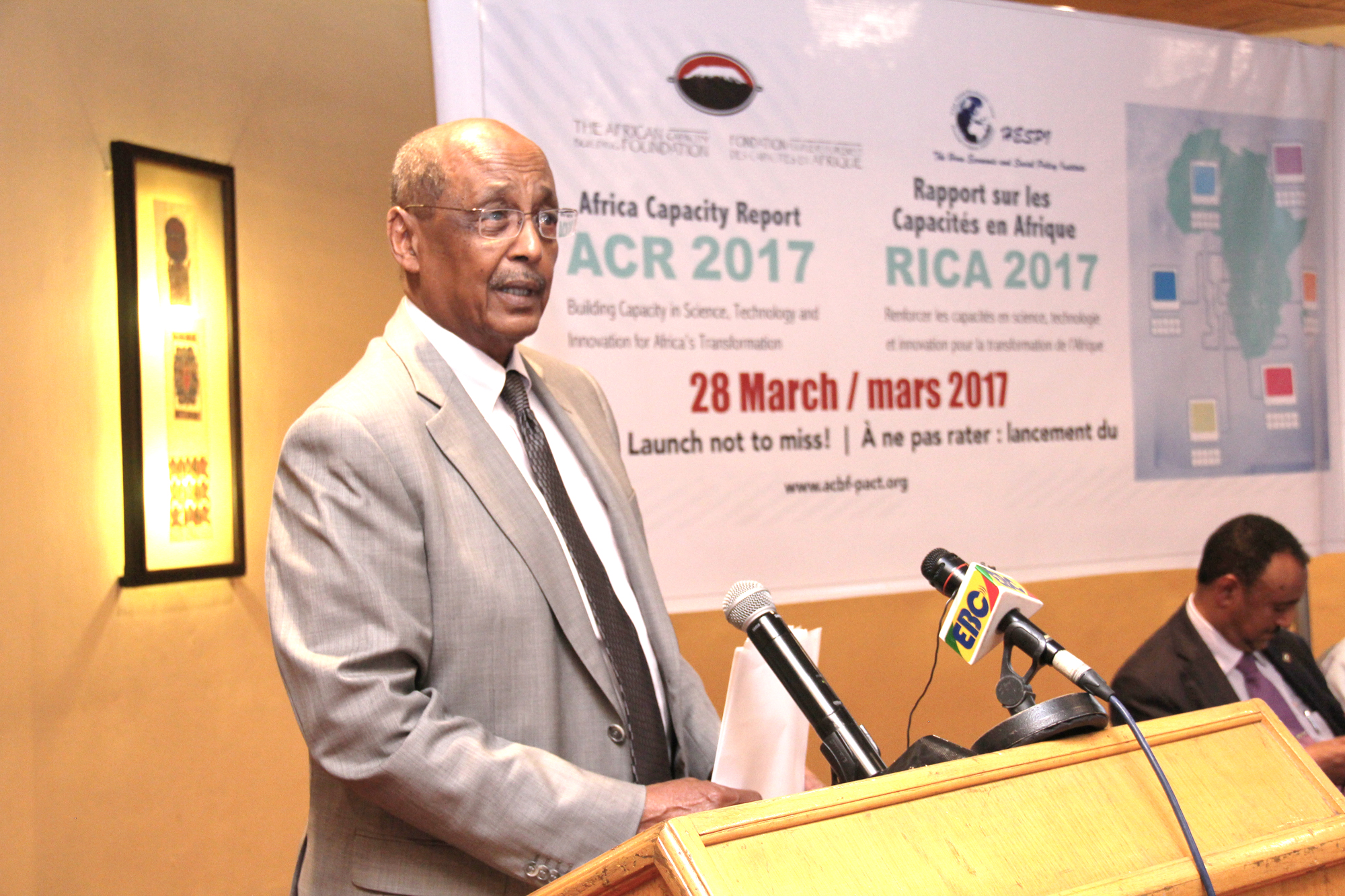 The African Capacity Building Foundation (ACBF) launched  its flagship publication, the 2017 Africa Capacity Report (ACR2017) which was on the theme: Building Capacity in Science, Technology and Innovation for Africa’s Transformation. The Report was launched in collaboration with the Economic Commission for Africa and the Department of Human Resources, Science and Technology of the African Union Commission, given the two institutions’ critical role in championing STI in Africa.

The Africa Capacity Reports (ACRs)1 support the entrenchment of capacity development in Africa’s development agenda. Each Report, and its composite index, the Africa Capacity Index (ACI)), is meant to narrate all the critical capacity dimensions that are pertinent to Africa’s growth and economic transformation at country and continental level. Generally, the ACR offers the needed inputs into the decisions on what to finance in order to develop capacity; whether they be regulatory and institutional reforms that are key in the development agenda.

The ACR 2017 recognizes that with the adoption of Agenda 2063, the commitment of Africa to the Sustainable Development Goals and the industrialization strategy, STI is critical. Furthermore, the 23rd Ordinary Session of African Union Heads of State and Government Summit adopted a 10-year Science, Technology and Innovation Strategy for Africa (STISA-2024) in June 2014. The strategy is part of the long-term people-centered Africa’s development blueprint, Agenda 2063. Agenda 2063 is underpinned by science, technology and innovation (STI) as engine of sustainable and economic transformation. STI is considered as a tool and enabler for achieving Africa’s development goals.

Although there is extensive literature in the form of reports and policy documents that have argued for an expansion of STI, most of them fall short on how the capacity for science, technology and innovation can be developed to benefit Africa. It is against this background and taking into account the crucial role STI is playing in sustainable development that the ACR 2017 is focusing on the capacity dimensions of the STI issues. More specifically, the Report measures and empirically assesses capacity for STI in relation to the development agenda in African countries ― the capacity dimension of STI for Africa’s transformation

Objectives of the Africa Capacity Report 2017

The specific objectives of the ACR 2017 are the following:

The Horn Economic and Social Policy Institute, an independent, non-profit think tank and consultancy firm based in Addis Ababa, Ethiopia, in support by the ACBF launched the ACR 2017 in Addis Ababa on March 28, 2017 at the Hilton Hotel.