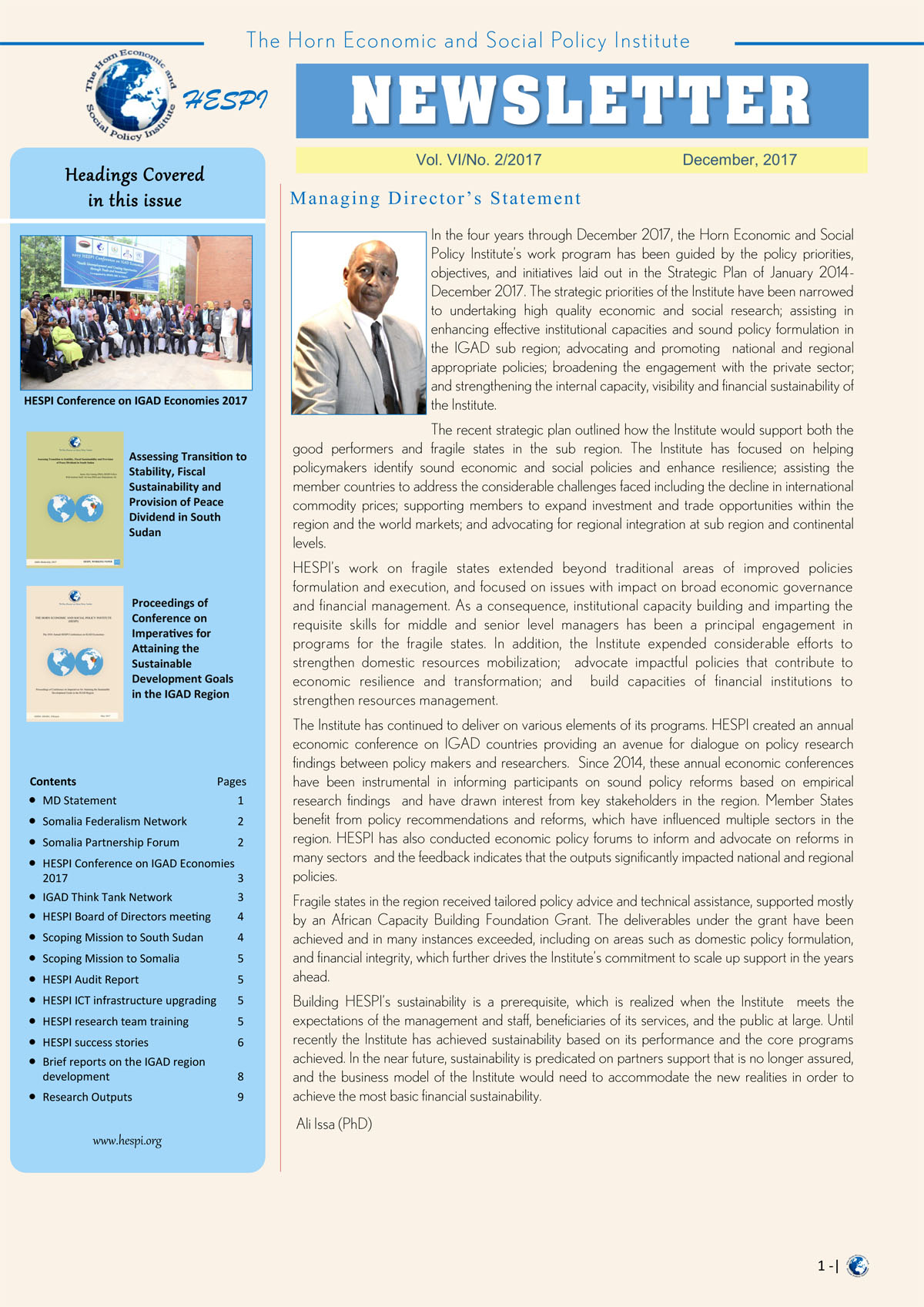 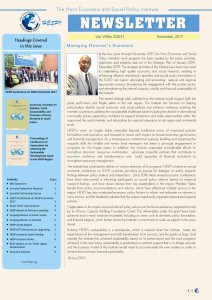 The recent strategic plan outlined how the Institute would support both the good performers and fragile states in the sub region. The Institute has focused on helping policymakers identify sound economic and social policies and enhance resilience; assisting the member countries to address the considerable challenges faced including the decline in international commodity prices; supporting members to expand investment and trade opportunities within the region and the world markets; and advocating for regional integration at sub region and continental levels.

HESPI’s work on fragile states extended beyond traditional areas of improved policies formulation and execution, and focused on issues with impact on broad economic governance and financial management. As a consequence, institutional capacity building and imparting the requisite skills for middle and senior level managers has been a principal engagement in programs for the fragile states. In addition, the Institute expended considerable efforts to strengthen domestic resources mobilization;  advocate impactful policies that contribute to economic resilience and transformation; and  build capacities of financial institutions to strengthen resources management.

The Institute has continued to deliver on various elements of its programs. HESPI created an annual economic conference on IGAD countries providing an avenue for dialogue on policy research findings between policy makers and researchers.  Since 2014, these annual economic conferences have been instrumental in informing participants on sound policy reforms based on empirical research findings  and have drawn interest from key stakeholders in the region. Member States benefit from policy recommendations and reforms, which have influenced multiple sectors in the region. HESPI has also conducted economic policy forums to inform and advocate on reforms in many sectors  and the feedback indicates that the outputs significantly impacted national and regional policies.

Fragile states in the region received tailored policy advice and technical assistance, supported mostly by an African Capacity Building Foundation Grant. The deliverables under the grant have been achieved and in many instances exceeded, including on areas such as domestic policy formulation, and financial integrity, which further drives the Institute’s commitment to scale up support in the years ahead.