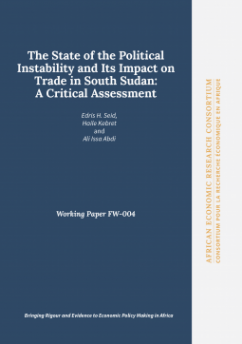 The State of the Political Instability and Its Impact on Trade in South Sudan: A Critical Assessment 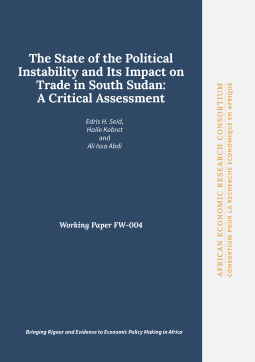 In December 2013, South Sudan descended into a civil war following the long feud between the president and his vice president that has caused huge humanitarian crisis, not only in the country, but in the region. Close to two million South Sudanese are currently residing in neighbouring Uganda, Kenya, Ethiopia, and Sudan as refugees and asylum seekers. Hence, the study tries to assess  the impact  of the ongoing conflict on the country’s economy and trade  in particular. The civil war has taken a huge toll on South Sudanese economy. Domestic oil production has plummeted considerably, which has led to deterioration of economic performance. The country’s GDP contracted by around  14% in 2006 and 6% in 2017. Foreign trade,  especially exports (which is dominated by oil), has significantly been hindered by the conflict. Exports and episodes of conflict (measured by number of conflict induced fatalities) seem highly correlated, suggesting a possible rapacity (state prize) effect―a rise in contestable income may increase violence by raising gains from appropriation―as observed in other resource rich and conflict prone countries such as DRC. Furthermore, the civil war wreaked havoc to the physical infrastructure and also weakened  the non-existent government  institutions, which have made the Government of South Sudan to implement the necessary macroeconomic policies and advance its regional integration process.