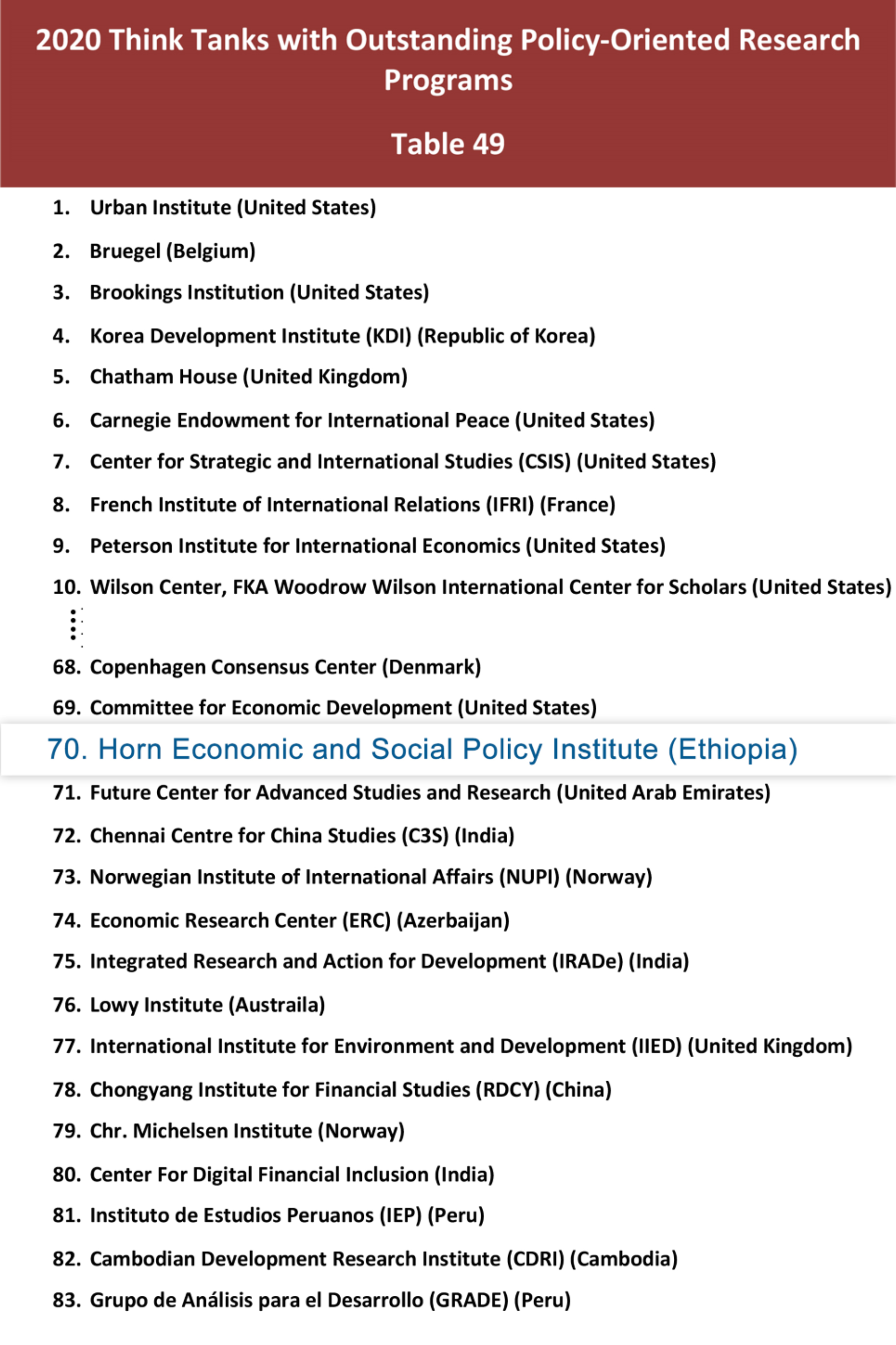 The Think Tanks and Civil Societies Program (TTCSP) of the Lauder Institute at the University of Pennsylvania conducts research on the role policy institutes play in governments and civil societies around the world. TTCSP examines the evolving role and character of public policy research organizations. Over the last 30 years, TTCSP has developed and led a series of global initiatives that have helped bridge the gap between knowledge and policy in critical policy areas such as international peace and security, globalization and governance, international economics, environmental issues, information and society, poverty alleviation and healthcare and global health.

TTCSP works with leading scholars and practitioners from think tanks and universities in a variety of collaborative efforts and programs and produces the annual Global Go To Think Tank Index that ranks the world’s leading think tanks in a variety of categories. This is achieved with the help of a panel of over 1,796 peer institutions and experts from the print and electronic media, academia, public and private donor institutions and governments around the world. The strong relationships with leading think tanks around the world made the annual think Tank Index to be used by academics, journalists, donors and the public to locate and connect with the leading centers of public policy research around the world.

As a member of these global Organizations, this is a notable recognition for HESPI and its remarkable role in bridging the gap between policy in critical fields in the IGAD region such as Public Finance Management, Regional Economic Integration and Trade, Political Transitions and Building Viable States in countries with long-time insecurity trauma, political instability, Food insecurity, and climate change and Resilience Building challenges.

HESPI’s membership and recognition to these regional and international networks of policy institutes and communities will motivate and help us to broaden the Intitute’s policy research and capacity building efforts for inclusive sustainable development for the communities of the Horn of Africa sub-region, Africa and low income countries at large.