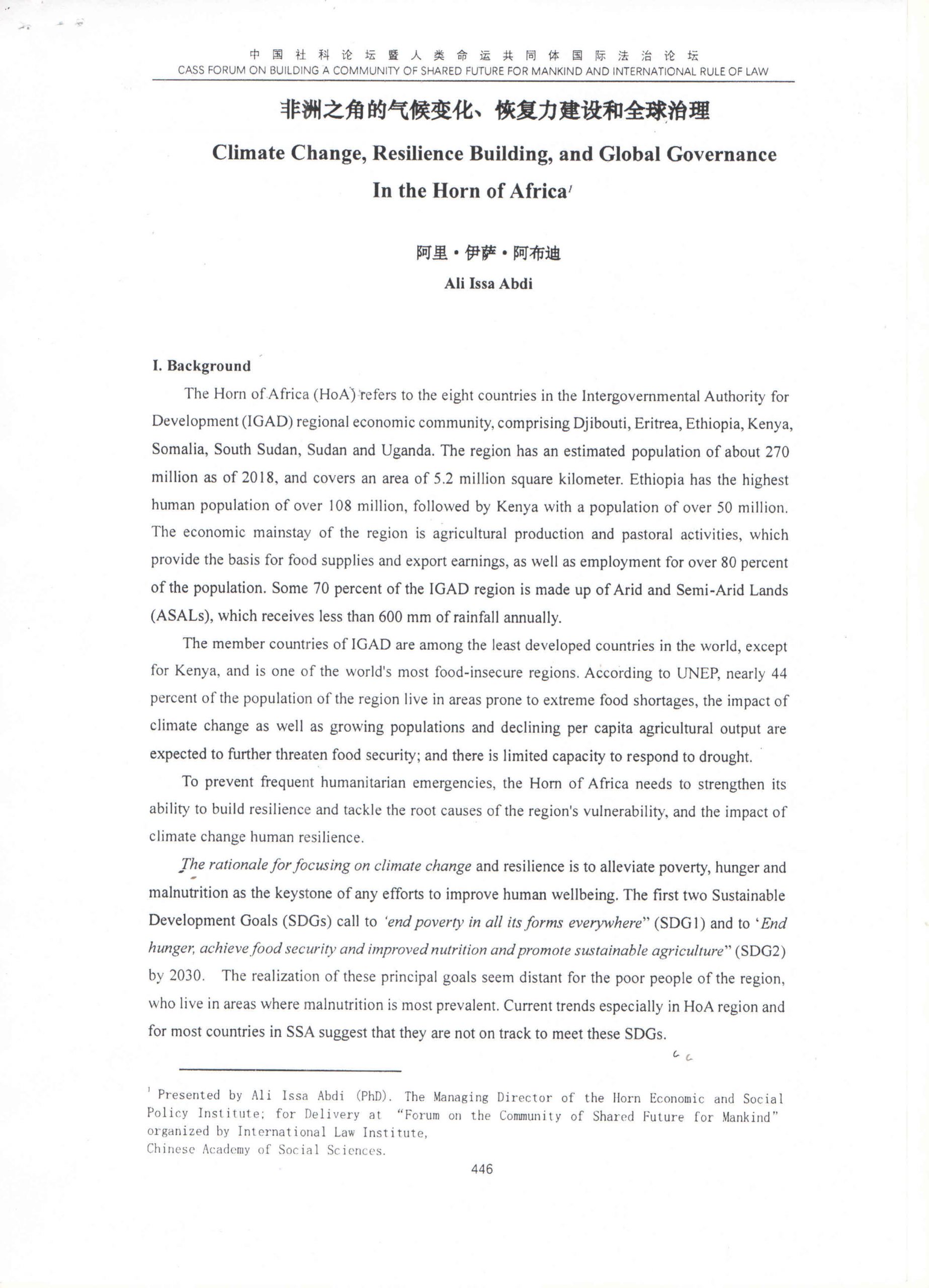 Climate Change, Resilience Building, and Global Governance In the Horn of Africa

The Horn of Africa (HoA) refers to the eight countries in the Intergovernmental Authority for Development (IGAD) regional economic community, comprising Djibouti, Eritrea, Ethiopia, Kenya, Somalia, South Sudan, Sudan and Uganda. The region has an estimated population of about 270 million as of 2018, and covers an area of 5.2 million square kilometer. Ethiopia has the highest human population of over 108 million, followed by Kenya with a population of over 50 million. The economic mainstay of the region is agricultural production and pastoral activities, which provide the basis for food supplies and export earnings, as well as employment for over 80 percent of the population. Some 70 percent of the IGAD region is made up of Arid and Semi-Arid Lands (ASALs), which receives less than 600 mm of rainfall annually.

The member countries of IGAD are among the least developed countries in the world, except for Kenya, and is one of the world's most food-insecure regions. According to UNEP, nearly 44 percent of the population of the region live in areas prone to extreme food shortages, the impact of climate change as well as growing populations and declining per capita agricultural output are expected to further threaten food security; and there is limited capacity to respond to drought.

To prevent frequent humanitarian emergencies, the Horn of Africa needs to strengthen its ability to build resilience and tackle the root causes of the region's vulnerability, and the impact of climate change human resilience.